That way there will be no curse on the ivy

Ivy is one of the most divisive evergreen creepers in the public consciousness. Some people really like the benefits of the plant, however, there are those who prefer to despise the existence of ivy, as it can cause a lot of damage in our yard, around our house. We are now able to control the plant that stops growing unstoppably, so pre-installed ivy panels run on steel mesh could be created. Read our post, which covers the advantages and disadvantages of ivy, as well as the forms of using the ivy panel! 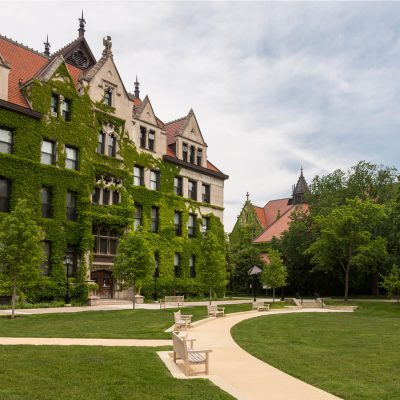 Ivy is an extremely popular runner plant that also climbs on house walls, fences, and tree trunks. Common ivy, also known as Hedera helix, feels really good in semi-shady places, but it can also survive in sunny areas if watered regularly. It does not require a special soil composition, but proper moisture is extremely important to it, so it is worth propagating in an area where it can get it. In the first year after planting, ivy should not be expected to overgrow the entire yard, but later, special attention should be paid to stop curbing sudden, unstoppable growth. Perennial, evergreen ivy requires regular pruning, which is recommended to be done before the flower buds appear. 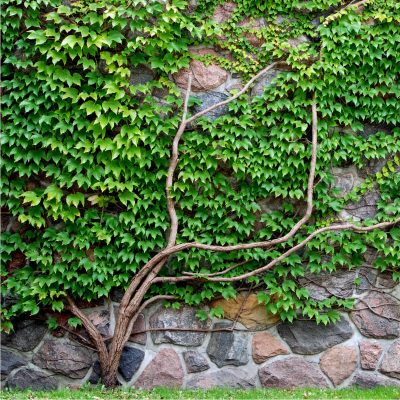 The ivy clinging to its air roots can crawl up to a height of 20-25 meters, so it is perfect for raising our low fence with it, using it to cover the structures that are not welcome in our yard. One of the special features of the plant is that it produces a beautiful crop, so the bluish-black berries can provide an aesthetic look in any garden. Reinforced ivy can grow up to 2-3 meters, so it spreads extremely fast, thanks to which it nourishes and covers in a short time. The evergreen plant can decorate the yard not only in summer but also in winter. Among the benefits, it is important to mention that ivy can be sheared and shaped well, it does not require too much time and energy. Ivy can actually be run on anything, making it one of the most beautiful gems of our home. In the absence of a vertical surface, ivy can also be used for mulching, which is a popular method among those who are reluctant to weed their garden or prefer flowering and gardening.

The ivy anti-fan camp looks at the plant as a curse as it can cause a lot of damage around the house. Many say it is harmful because the plaster falls off because of it, which can ruin the walls of the house as well as attract various insects nearby. It is important to note, however, that most improper care and application can make a creeper a perpetual enemy. A plant that reaches an inappropriate height can slip off the house wall in pieces due to a larger gust of wind, which means that it does not provide a picturesque look until it is pruned back. Old firewalls are often dirty, so the plant can’t climb on them properly, so it can’t really be used to cover them. In addition to house walls and fences, they can also cause damage to wildlife. Some people mistakenly believe that ivy does not allow trees to get moisture, it sucks nutrients from them. However, the real damage is caused by the plant losing light from the trees, and in winter, during the snowfall, the weight of the ivy and snow can cause the tree branches to break off, which can cause serious damage to our environment.

The ivy panel and its forms of application

We can excellently prevent the growth of the ivy plant by using ivy panels. An installed ivy panel is a fence of pre-grown ivy run on a steel mesh that can only grow to a predetermined height. Caring for the ivy wall is extremely simple, as it requires only pruning 2 times a year in addition to watering. The ivy panel can be used in many ways to make our home more beautiful. Ivy panels planted in a fence line are suitable for covering an existing fence, but can also be used to create a new fence. In addition, they are often used as room dividers, as they are a natural solution for separating balconies and terraces, even in catering units. Using at least ten panels, we can build a special and aesthetic driveway in our yard, and with the help of eight panels, we can build a perfect pavilion. Pre-installed ivy panels are also suitable for covering less aesthetic surfaces and covering waste collection containers.
In addition to the aesthetic design, the ivy wall made of natural, evergreen plants also has physiological effects, as it produces 45 liters of oxygen per day, reducing the number of headache complaints and fatigue. For more information, visit product page.

As ivy is one of the most divisive plants, everyone has an opinion on whether it is a blessing or a curse for this evergreen creeper. Ivy is a relatively undemanding plant, it also likes semi-shady places and moisture. It thrives extremely fast, so we can quickly achieve that it aesthetically covers unwanted surfaces around our house. Many advantages of the plant are known, as in addition to being a beautiful, useful soil or wall cover, it can become. In contrast, it can damage the house wall and also attract pests, as well as cause problems in case of overgrowth. This can be easily eliminated with the pre-installed ivy panel that grows to a certain height, a safe and environmentally friendly solution with minimal maintenance. The ivy panel has several beneficial physiological effects and can be used in many forms, whether as a fence, partition or carport. Choose a living, evergreen wall for your home!